There are a few things Quebecers won’t deny and that is the fact that they have a strong sense of tradition, a sweet tooth and very active imaginations. Which could be all factors contributing to the most delicious desserts served in Quebec. 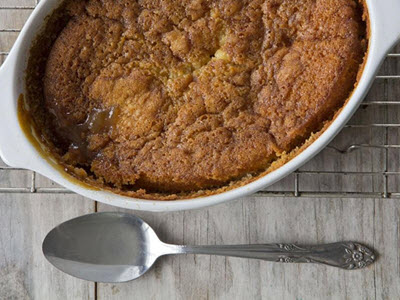 The classic dessert of Quebec is the Pounding Chomeur, it is a recipe passed from one generation to the next for the past 90 years. The title of the pudding translates to the poor man’s pudding or as same calls it the unemployment pudding, and it shows just how creative Quebecers can be even in economic crises. The recipe dates to the early 1929s when industrial workers in Montreal were laid off and money was tight for most families. Everyone had to cope with a few resources and it is not known who first decided to try using cheap ingredients to create this poor man’s delight. At first, it was made by soaking stale bread in brown sugar syrup and water, which at the time were more affordable than sugar.

The dessert recipe spread very quickly from one to the next disadvantaged areas and over the years it improved as the ingredients could include butter, brown sugar, flour, eggs, maple syrup and cream, while some variations even include chocolate. The ingredients are mixed to make up a white cake and then maple syrup, water with brown sugar is poured onto it. It remains one of the most popular desserts with Quebec families and is served in sugar shacks and restaurants.

Date Squares Ingrained into the DNA of All Quebec Grandmothers

Date squares are somewhere between a healthy snack and dessert as it is one of the most popular classic treats in Quebec and it provides tons of energy. The squares comprise of two layers of crumble made with oat flakes or oatmeal and brown sugar that holds a layer of date puree.

Some variation of the date squares now includes pumpkin puree, grated carrots, meringue or pineapple and many adds coffee or orange juice for flavour. Quebec chefs have come up with some of the most adventurous and tastiest renditions, these include date cream used to cover shortbread crusts then served with ginger mousse topped with walnuts.