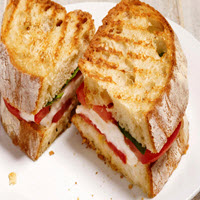 The joy of finding the perfect sandwich is one that makes your taste buds come alive with pleasure and delight. There have been many a wonderful culinary creation that fits the bill when it comes to sandwiches and many that quickly become staples in the thousands of sandwich shops that are found in cities, towns and tourist locations.

To honour these tasty creations, we thought a list of our top five must have sandwiches might be just what the doctor ordered. 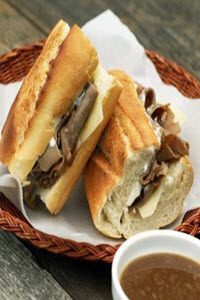 The French Dip is an infamous delight of thinly sliced ribeye streak created in Los Angeles in the early 20th century. It has become a staple for many restaurants and sandwich shops throughout the U.S and Canada.

The best part to the French Dip is its au jus, a wonderful blend that adds flavour and pleasure as you engulf mouthful after mouthful of tender beef housing in a banquette style bun – a must have for any sandwich lover.

Ahh yes, the Philly Cheesesteak, made famous in Philadelphia, it makes our list and the list of many others who love a well-constructed and hearty sandwich. In its short 20 year history, the Philly offers steak lovers a sandwich made for kings with a blend of cheese and other delectable toppings such as onions and mushrooms. Served most often on a toasted sub roll, it is heated to gooey perfection and is known for its heartiness. 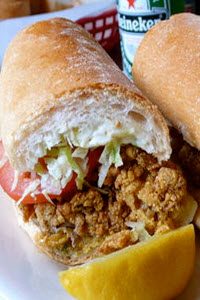 The Po-boy was first invented back in 1929 during a streetcar strike. It got its name as a result of its creators calling it the “poor boys” sandwich. It is a wonderful concoction that can see its fillings spanning shrimp, oysters, steak and other tasty delights. Adding to it comes tomatoes, pickles, lettuce, special sauces, mayo and a large 24-inch roll. 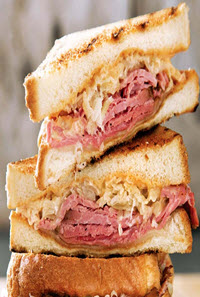 The Reuben has long been a favourite for many people, and rightfully so. It is a tasty mix of corned beef, sauerkraut and swiss cheese with Russian dressing and served on rye bread.

It is not hard to find a local restaurant or sandwich shop offering the Reuben as a staple in their menu. It can be found in a number of different varieties when it comes to the bread used to house this tasteful joy, but the basics always remain the same. If you have yet to try one, you are missing out!

The grilled cheese is an American tradition that has crossed oceans and seen it become sandwich creators for producing art to a culinary canvas. Served between two slices of bread, it traditionally is offered with cheddar cheese and served with a side of tomato soup. 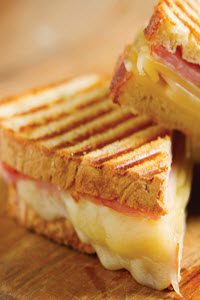 Yet, for those with a taste of flair, the grilled cheese has a taken on many a creation with other goodies added to its cheesy filling, whether that being multiple cheese varieties or created using gourmet ingredients to make it something special. Either way, you look at, the grilled cheese brings back memories from our school days when Mom would make it for lunch, or when in need of some comfort food, the grilled cheese simply can’t be beaten!